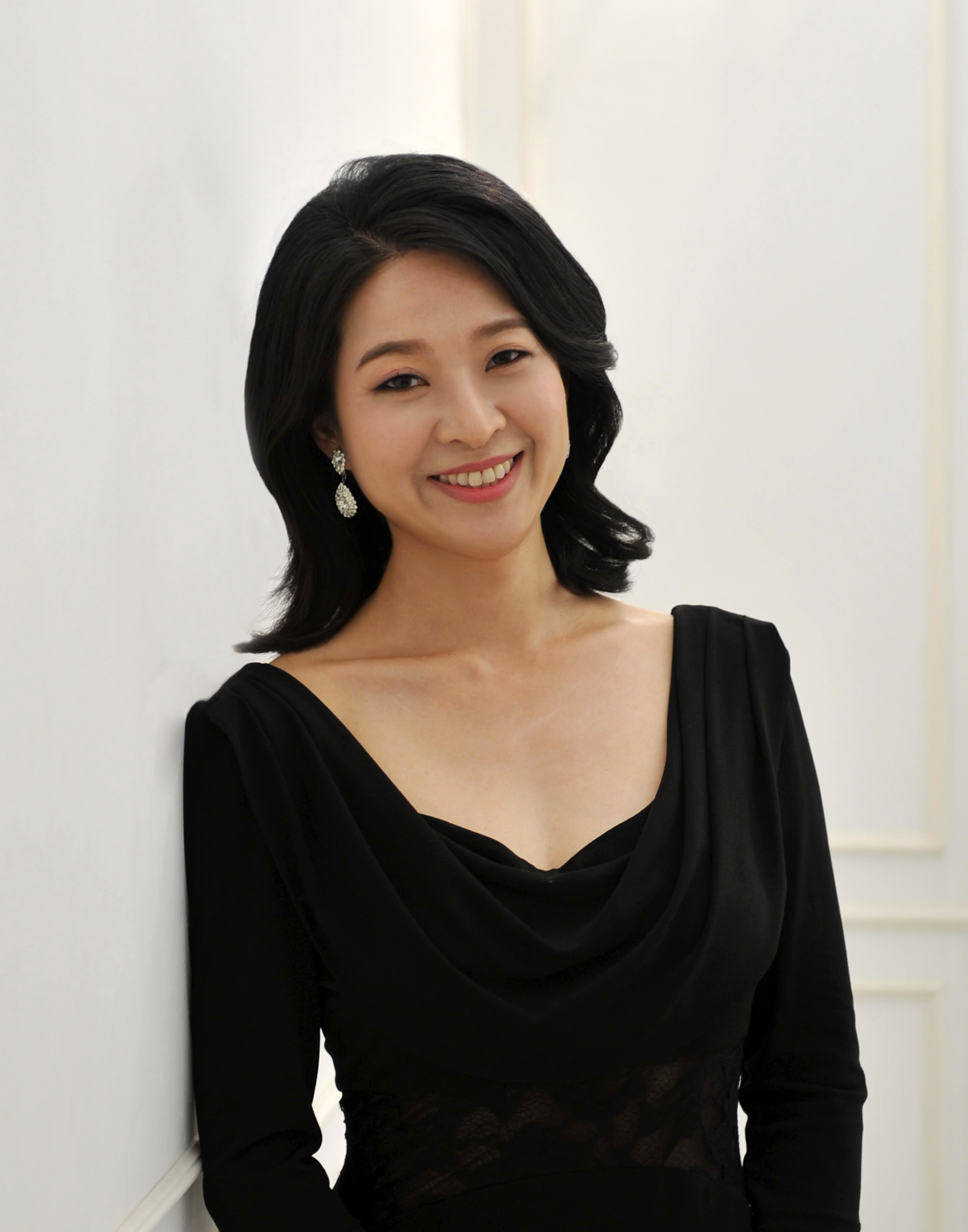 South Korean soprano, Youngmi Kim, is an Assistant Professor and a Director of the Vocal Studies at Radford University. She received her education at the College-Conservatory of Music (CCM) at the University of Cincinnati (DMA and MM) as a student of Mary Stucky, and Ewha Womans University (BM) in Korea.

Ms. Kim is the recipient of numerous accolades including first prize at the William C. Byrd Young Artist Competition and third prize at the Louisville Bach Society Gerhard Herz Young Artist Competition. She made her Carnegie Hall debut as a result of reaching the finals of The Lyndon Woodside Solo Competition where she won the Richard Westenberg Award for 18th Century Stylistic Interpretation. At CCM, Ms. Kim won the Emilie Dieterle Award and has been the recipient of numerous graduate scholarship awards and has been a featured soloist in numerous productions. Her outstanding voice has been hailed by the San Francisco Classical Voice as “one of those silvery, “strand-of-pearls”-type voices.” The Columbus Dispatch complimented “the liveliness of her voice,” while The Flint Journal commented that, “From [Ms. Kim’s] petite frame and gentle presence bellowed a forceful, yet graceful and flowing voice.” The Music in Cincinnati also praised that “[Youngmi Kim’s] clear, flexible voice brought beauty and substance to everything she sang… Her coloratura was every bit as spectacular as his in their mutual cadenza, earning them a warm round of applause.”

A versatile artist, Youngmi Kim is an accomplished interpreter of early music. She is a regularly featured vocalist with the Catacoustic Consort, an acclaimed Cincinnati based early music chamber ensemble. Ms. Kim has also performed with other important period performance ensembles including La Donna Musicale and Apollo’s Cabinet and she is featured on the released recording, “Le Stagioni (The Seasons): Virtuoso Italian Madrigals,” with the early music ensemble, Gravitación. Ms. Kim has participated at the Vancouver Early Music Festival, and at L’Accademia D’amore in Seattle where she worked with celebrated early music specialist, Stephen Stubbs.

Ms. Kim has appeared as a soloist with the Flint Symphony, Honolulu Symphony, Kentucky Symphony, Lebanon Symphony, and Louisville Bach Society.  She is a frequent performer in her native Seoul and has performed with the Korean Broadcasting Symphony Orchestra on numerous occasions, notably with conductor, James Judd. Ms. Kim was also featured as soprano soloist in Brahms’s “German Requiem” with the Seoul Philharmonic under the direction of maestro Myung-Whun Chung.