The Richmond Symphony Announces Two Appointments to its Leadership Team

Jennifer Arnold comes to the Symphony to oversee its artistic administration, concert production and matters related to orchestra personnel. A Cleveland, OH native, Jennifer has served most recently as Director of Artistic Operations for Portland, Oregon’s 45th Parallel Universe and Second Violist of the Oregon Symphony. She recently finished her tenure as state chapter president of the American String Teachers Association of Oregon, has served on the faculty of the Sphinx Performance Academy and Portland Summer Ensembles, and was the first Sphinx Diversity Fellow pursuing a career in arts administration. She holds a Bachelor of Music from the Cleveland Institute of Music (full bio below).

Walter Bitner joins the Symphony to oversee its Education initiatives, including school-based programs and the Symphony’s Youth Orchestras, as well as its Community Engagement Programs anchored by the “Big Tent.” Walter joins the Symphony after a successful five-year stint in a similar role as Director of Education and Community Engagement for the Nashville Symphony, in Nashville, TN where he established its award-winning Accelerando program. He has also served as Director of Choral and Orchestral programs with the Nashville School of the Arts and founded the Music City Youth Orchestra. He holds a Bachelor of Arts Degree from Charter Oak State College in New Britain, CT and teacher certification training at Belmont University in Nashville (full bio below). 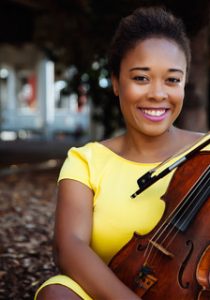 Bio – Jennifer Arnold
Jennifer Arnold moves to Richmond, VA from Portland, OR where she spent fourteen seasons as a violist with the Oregon Symphony. During her time in Oregon, Jennifer has worked as a staff member for Portland’s 45th Parallel chamber series spending the last season as Director of Artistic Operations. In 2016 Jennifer took a sabbatical and was chosen as the first Diversity Fellow in Arts Administration for the Sphinx Organization, supporting the global conference SphinxConnect in Detroit, MI. As an advocate for arts education and access, she served three years as the Oregon chapter president of the American String Teachers Association and was on the planning committee for Oregon Bravo, Portland’s El Sistema program.

As a member of the Oregon Symphony she has spent her entire career advocating for musicians through her service on the orchestra, contract, and artistic advisory committees. Her string quartet mousai REMIX is a leader in community outreach in the Portland area and she has proudly been one of the most active musicians representing the Oregon Symphony in community-based activities.

Jennifer hails from Cleveland, OH and is a proud graduate of the Cleveland Institute of Music. In addition to her musical work, she is a member of the Urban League and volunteers for social justice based non-profits in her free time. 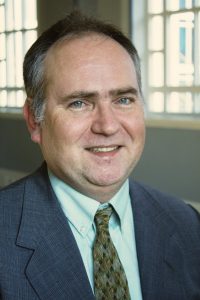 Bio – Walter Bitner
Veteran music educator Walter Bitner served as Director of Education & Community Engagement for the Nashville Symphony 2014 – 2019, where he established the award-winning Accelerando program designed to prepare gifted young students of diverse ethnic backgrounds for pursuing music at the collegiate level and beyond.

He has led a multi-faceted career as a teacher and performer: a multi-instrumentalist and singer, he is also a teacher, composer, and conductor conversant with a wide variety of musical styles and traditions. Walter has been a performing musician since childhood; he began his career as a boy soprano singing in school and church choirs and began to study piano at the age of seven. His work as a choral singer continued for many years into his twenties, and he has sung in symphony choruses under many directors including Michael Deane Lamkin, Robert Summer, Julius Rudel, and Robert Shaw.

Walter continued his piano study into college (where he also studied conducting and music education) and had performed many solo and chamber music recitals by his mid-twenties. During his teens and twenties, he was also active as a jazz pianist, performing both solo and in small clubs in Tampa and Gainesville, Florida, and in metropolitan New York City. In 1992 he began to focus on Renaissance and Baroque repertoire, engaging in private study on recorder with Steve Silverstein (New York Pro Musica, Music For A While) and on lute with Pat O’Brien (Mannes, Juilliard) in New York City. From 1996 – 2000 he recorded and performed throughout Florida on lute and recorders as a soloist and as a member of The Tampa Bay Early Music Consort, with Carl Klein, harpsichord and organ, and Theresa Villani, cello and viola da gamba.
He conducted members of The Florida Orchestra in his first orchestral concert at the age of 21 and directed hundreds of student performances – instrumental and vocal music, as well as plays, musicals, and traditional dance – in his many years of teaching.
Walter served as Music Director or Performing Arts Director at private schools in New York, Florida, and Nashville 1991 – 2007. From 2008 – 2014 he taught at Nashville School of the Arts, Metropolitan Nashville Public Schools’ arts magnet high school, where he successively directed the school’s piano, choral, and orchestral programs. Walter holds a Bachelor of Arts degree from Charter Oak State College, Connecticut, and he completed his teacher certifications training at Belmont University in Nashville. He is licensed to teach both Vocal and Instrumental Music, grades K – 12, by the State of Tennessee.

Walter is Conductor Emeritus of Music City Youth Orchestra, which he founded and directed from 2007 – 2012. He has collaborated or performed with a wide variety of artists over the last three decades including Pete Seeger, Tracy Silverman, Jeff Coffin, The Chieftains, Music City Baroque, the Nashville Symphony, and the Nashville Symphony Chorus. He writes about music and education on his website Off The Podium at walterbitner.com, and his column Off The Podium is featured in Choral Director magazine.