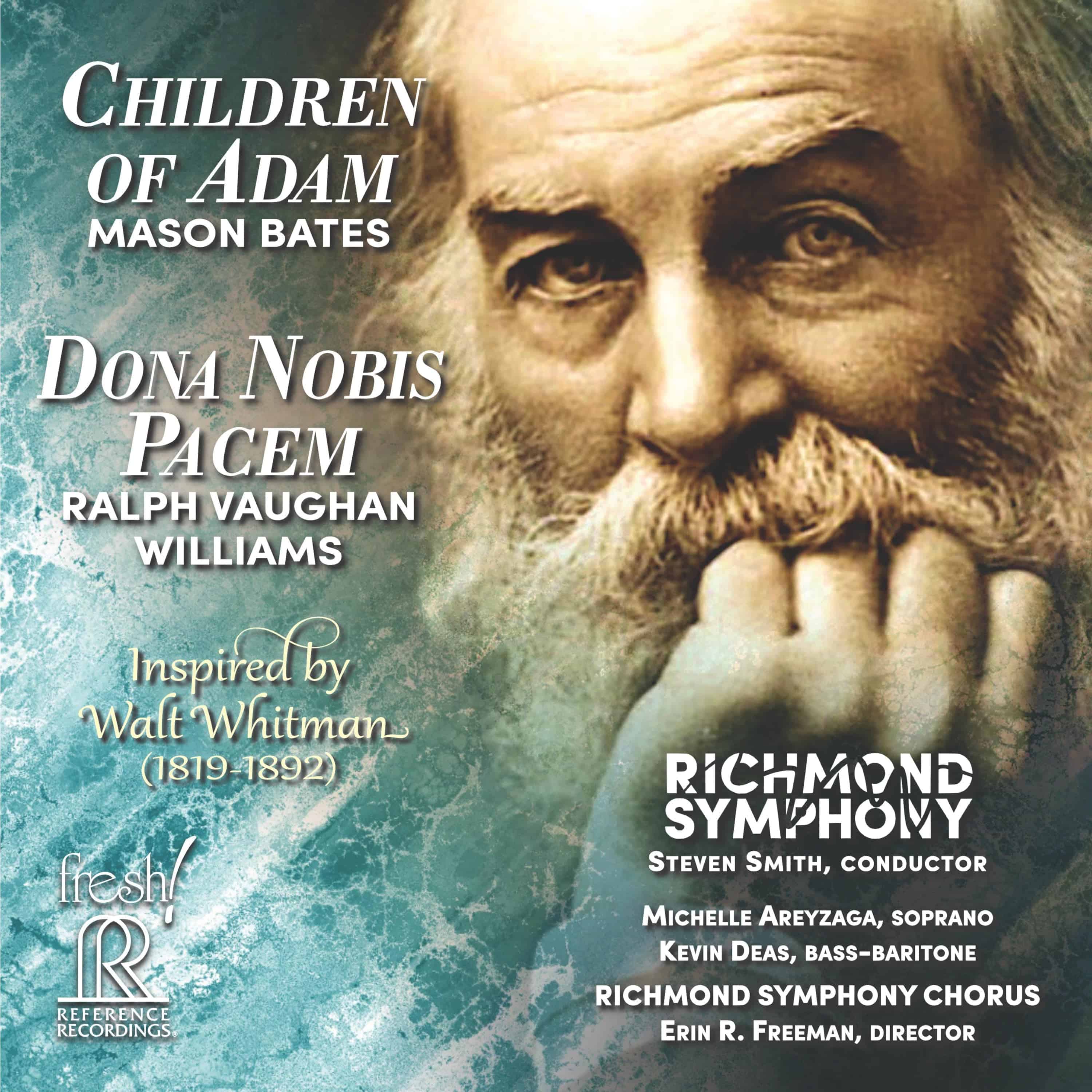 Groundbreaking new music from Mason Bates and the Richmond Symphony! Reference Recordings is proud to present a World Première recording of MASON BATES: Children of Adam, songs of creation commissioned by the Richmond Symphony; coupled with RALPH VAUGHAN WILLIAMS: Dona Nobis Pacem. These pieces both draw inspiration from Walt Whitman’s poetry and this release celebrates his bicentennial (born 1819). Children of Adam is a collection of exuberant celebrations of creation, from American poets to sacred and Native American texts. The title comes from a Whitman poem that appears throughout the work in the form of brief “fanfare intermezzos.” Between these choral fanfares, each movement of the work offers a different perspective on creation. These works are brilliantly performed by the Richmond Symphony conducted by Steven Smith, and the Richmond Symphony Chorus, Erin R. Freeman, Director. Solo performers on the Vaughan Williams are Michelle Areyzaga, soprano, and Kevin Deas, bass­-baritone. Recorded live at the Carpenter Theatre, Dominion Energy Center, Richmond Virginia; engineered by Ed Thompson; and produced by Ed Thompson, Victor, and Marina A. Ledin.

Children of Adam | Dona Nobis Pacem can be purchased as a CD or digital download ONLINE at Amazon.com*. The CD will also be available at select Richmond Symphony concerts. 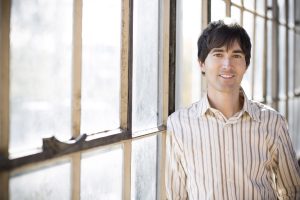 Recently named the most-­performed composer of his generation and the 2018 Composer of the Year by Musical America, Mason Bates serves as the first composer­-in-­residence of the Kennedy Center for the Performing Arts. Championed by renowned conductors such as Riccardo Muti, Michael Tilson Thomas, and Leonard Slatkin, his symphonic work has received widespread acceptance for its unique integration of electronic sounds, and his opera The (R)evolution of Steve Jobs, won a GRAMMY® Award for “Best Opera Recording.” As both a DJ and a curator, he has become a visible advocate for bringing new music to new spaces, whether through institutional partnerships such as his former residency with the Chicago Symphony Orchestra, or through his club/classical project Mercury Soul, which transforms commercial clubs into exciting hybrid musical events. He has also composed for films, including Gus Van Sant’s The Sea of Trees starring Matthew McConaughey and Naomi Watts.